Back in 1965, the South African Gambling Act took a strong stand against all forms of gambling. In fact, it outlawed it with the exception of betting on horse racing (that was considered a sports activity). Since then, in the late 70s, land-based casinos started operations in the so-called independent homelands. The most popular of these were Sun City in Bophuthatswana and the Wild Coast Sun in Transkei, although each of the ‘homelands’ had them.

Despite the inconvenience to get to these relatively remote locations, these casinos proved extremely popular, and profitable. As with all prohibition-based legislation, there was a slew of illegal casinos already operational in South Africa by the 90s.

With the fall of apartheid in 1994, many forms of gambling were legalized and a strict licensing system and standards were put in place to regulate the industry. The National Gambling Act of 1996 gave better defined the gambling space in South Africa, and dictated how some 40 gambling licenses would be distributed between the local provinces.

The National Gambling Board, an organization responsible for the oversight of the gambling industry, was also formed. This change gave rise to many legal land-based casinos, however the area of online gambling remained a grey area.

In a landmark case against Swaziland-based Piggs Peak Casino’s online gambling activities in 2011, the Supreme Court in South Africa ruled that online gambling is illegal for South African residents. Despite this ruling, there are still a number of well-established international casino operators openly targeting the South African market, and allowing gambling in South African rands. For more information about these Rand casinos, and a comprehensive online directory, visit the ZAR online casino page on this website.

NB: Please note that this is an informational site only. It is expressly against the terms and conditions of this website for South African residents to use these pages for any reason other than gathering information about the local gambling industry. It is the responsibility of the individual to ensure that any online gambling activity that they engage in legal within their jurisdiction. 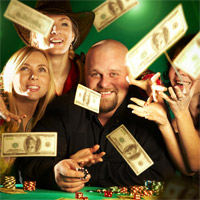